So, you’d like to add some Birkins to your store in 2021? We support this decision. Despite the pandemic, the Hermès Birkin is still the world’s most coveted, exclusive, and elusive bag—so go ahead and stock up!

But before you purchase a dozen Birkins, perhaps you should get to know about the Blind Stamp, which is a tiny and hard-to-see stamp that can help you with the authentication process. These stamps usually contain a mixture of numbers and letters, and although it’s similar to a serial number, it’s not the serial number.

The Blind Stamp is a way to help you identify the date the bag was made and who made it—and it’s one of the biggest giveaways of an authentic Hermès bag. First, you’ve got the Date Stamp which is a record of the year the bag was manufactured, and it features an alphabetical character and a shape (such as a square, circle, or triangle). The Craftsman Stamp—which consists of shapes, symbols, letters, and numbers—identifies who created the bag and sometimes if the bag is sent back for repairs, Hermès might send the bag back to the person who originally worked on it.

As you might’ve guessed, the stamp is located in various places on the bag. Hermès typically hides it inside a pocket, behind a strap or in the fold of one of the interior leather walls. 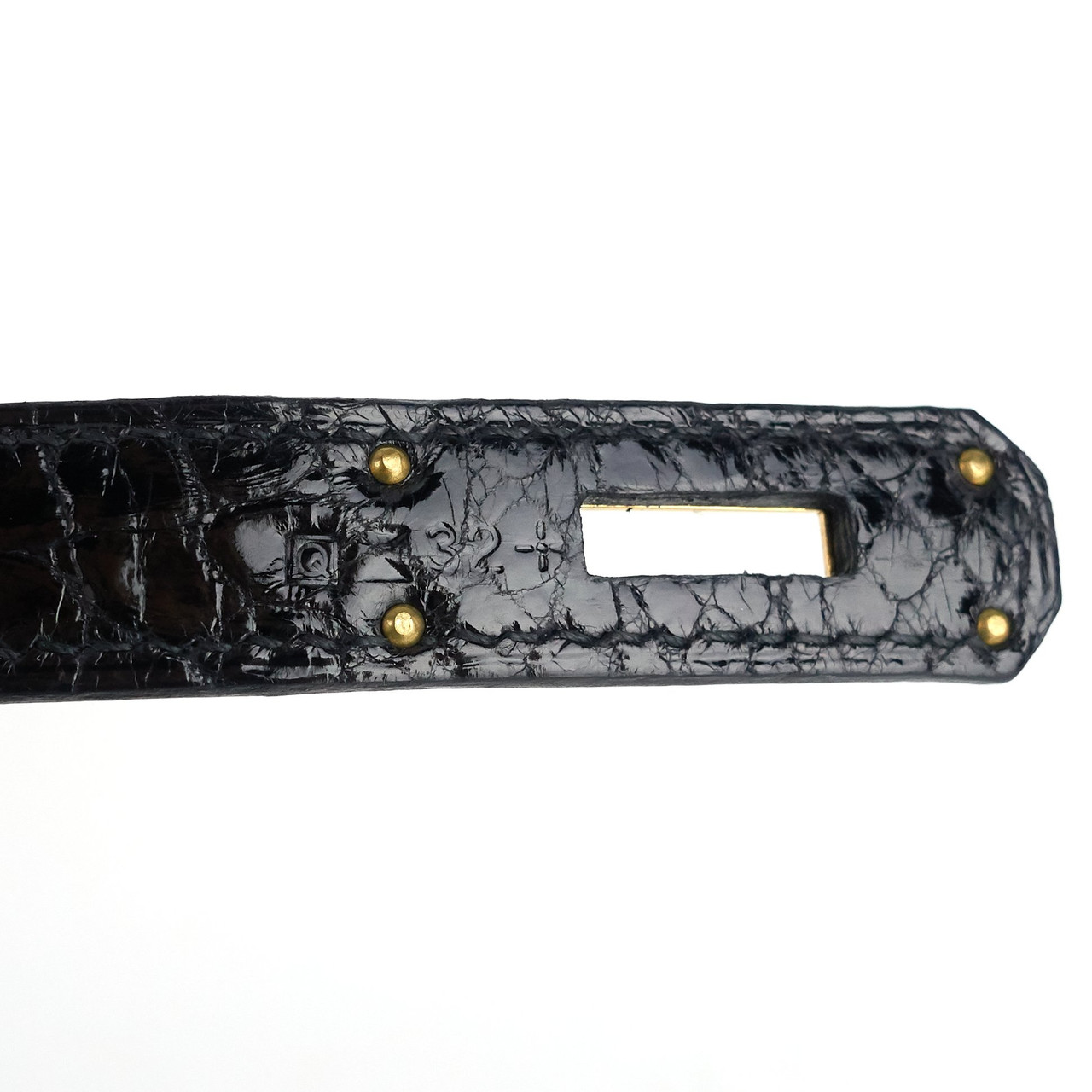 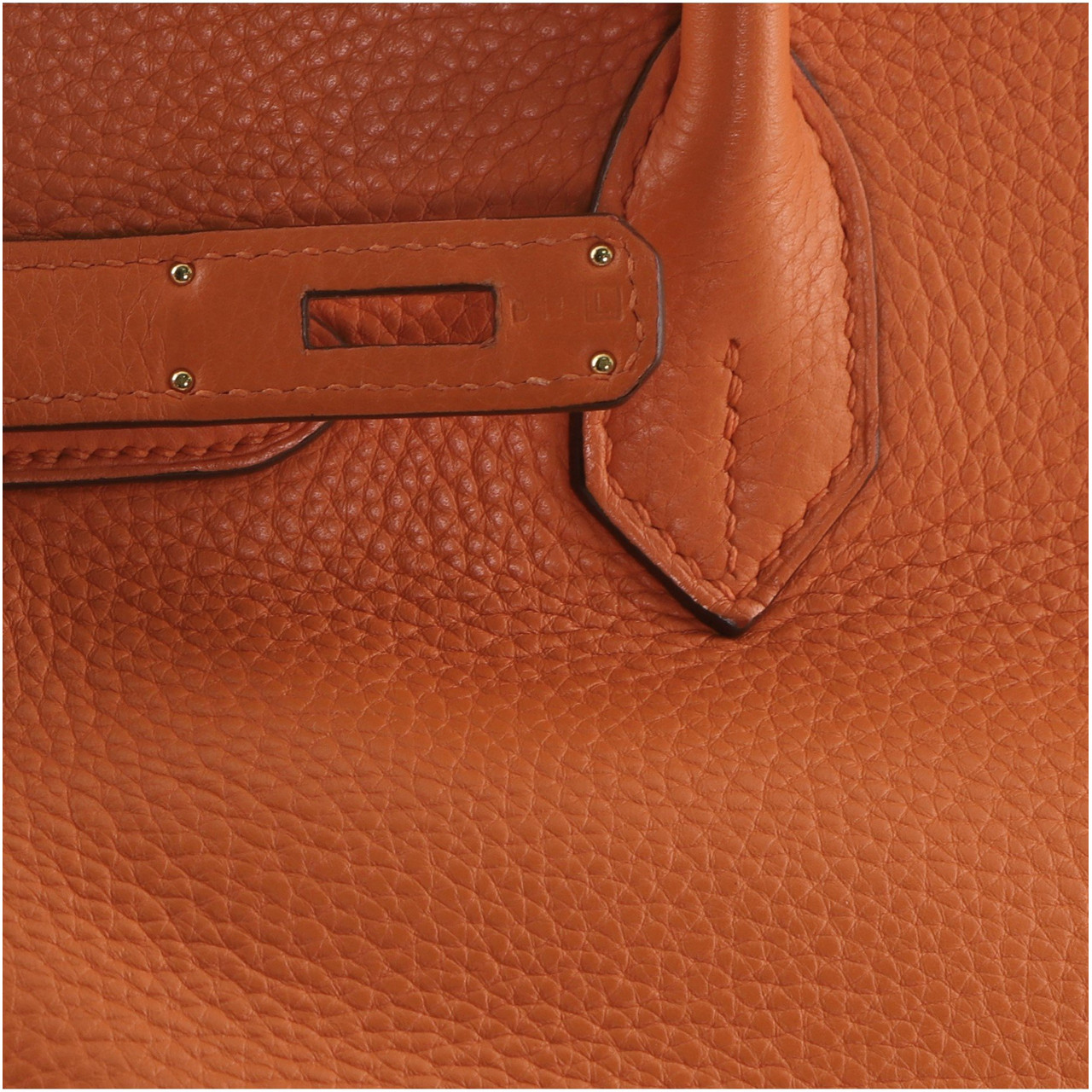 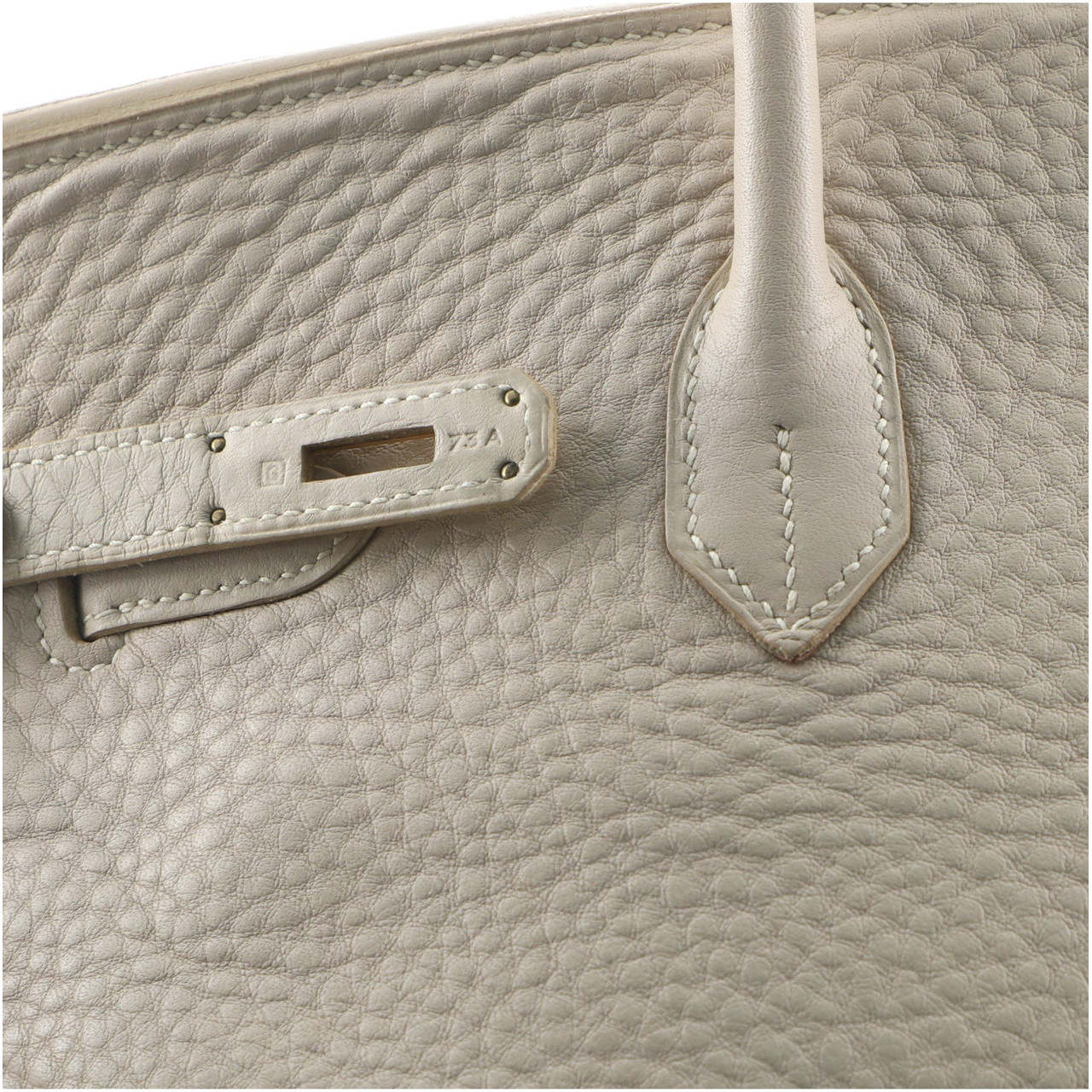 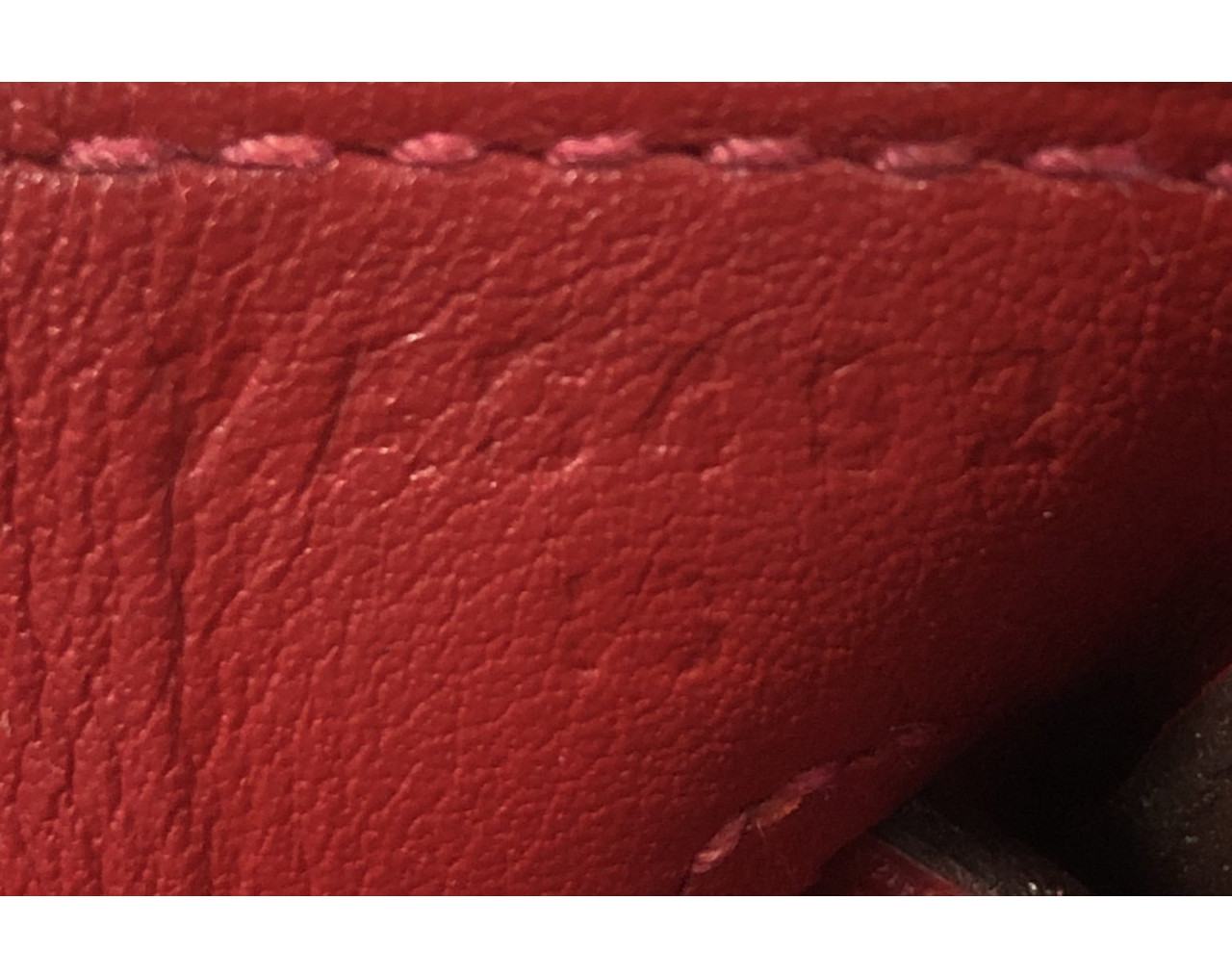 The date stamps have been grouped by era. The first one is from 1922 until 1944 and these bags do not have stamps at all.

The next group is from 1945 to 1970. This is when the Blind Stamp was introduced as a single letter, and this continued until you reached the end of the alphabet.

Next, is 1971 to 1996. This is when they began incorporating a letter with a circle surrounding it.

In the fourth era, which took place between 1997 and 2014, they replaced the enclosed circle with a square.

And finally, bags created starting in 2015 to the present day feature a stamp in this format: L LL NNN LL with the first letter representing the date, and the remaining letters and numbers representing the craftsman stamp. These letters do not come with a shape.

For your reference, please check out the handy chart below.

What’s trending in 2021? Find out what brands, styles and even conditions are more popular this year than last. ...

​Are You a Member of Clubhouse? Get the Inside Scoop.

There’s a new VIP club out there, but you need an exclusive invite by an existing member to get on the guest list! No, it’s not Soho House 2.0…have you heard about Clubhouse? It’s an invitation-only, audio chat app and podcast mecca that lets like-minded people gather in chat...

HERMÈS BIRKIN STAMP GUIDE So, you’d like to add some Birkins to your store in 2021? We support this decision. Despite the pandemic, the Hermès Birkin is still the world’s most coveted, exclusive, and elusive bag—so go ahead and stock up! But before you purchase a dozen...

​Stock Up: 2021 Trends for Your Boutique

Tick, tock…it’s time to think about fashion trends and the type of items to stock in your resale boutique for 2021. While the past year has been anything but normal, there is light at the end of the tunnel, and shops need to be prepared for the arrival of new traffic—both foot...

How to Add Pre-Owned Luxury to Your Assortment

HOW TO LAUNCH VINTAGE LUXURY So, you’ve decided to add designer consignment to your contemporary mix. Congrats! It’s no secret that social media influencers, TikTok trendsetters, and celebrities ensure luxury handbags and accessories by Louis Vuitton, Gucci, and Dior are in...

How Easy is the Wholesale Process?

Blog: How Easy is the Wholesale Process? 2020 has been quite the wild ride, but remember we’re here to support your business. Whether you’re just now allowing people into your consignment boutique, or you’ve moved totally online, you still need great inventory. LePrix...